We Are the Mutants, my new online magazine, is alive! It focuses on many of the things I wrote about on 2 Warps to Neptune—Cold War-era sci-fi, fantasy, genre, pulp, proto-geek, and occult media. Please check it out and share if it fires your synapses. We’re 100% DIY, fueled by word of mouth. You can also follow us on Facebook and Twitter. 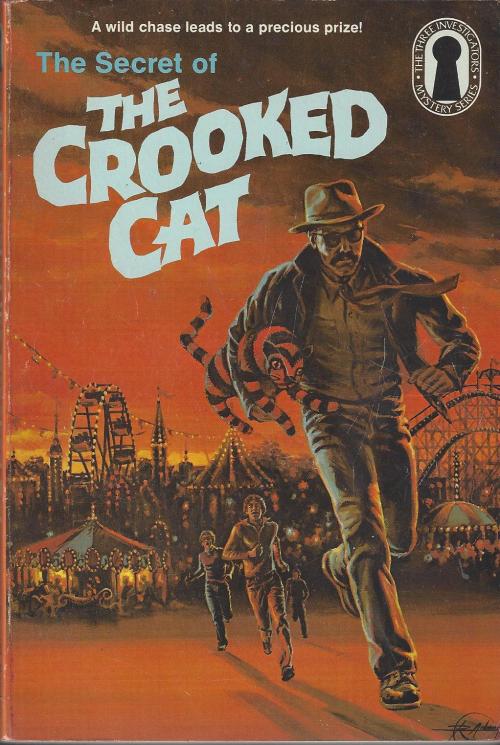 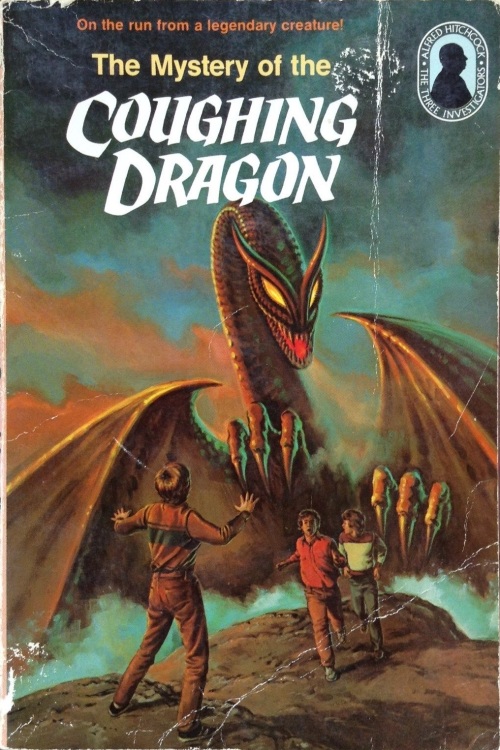 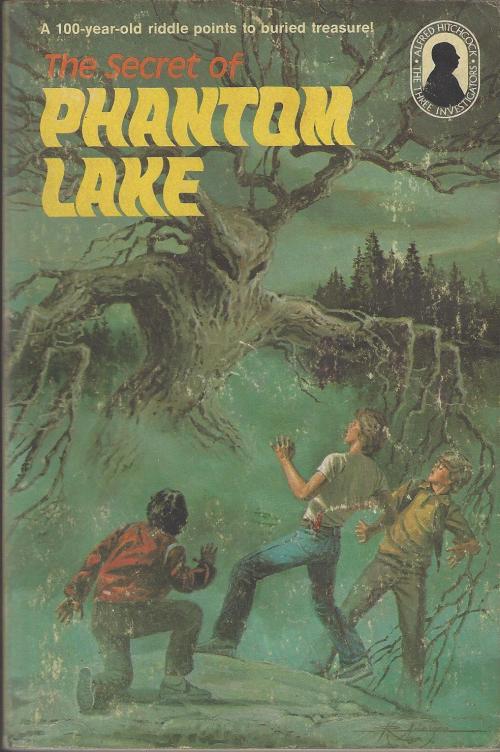 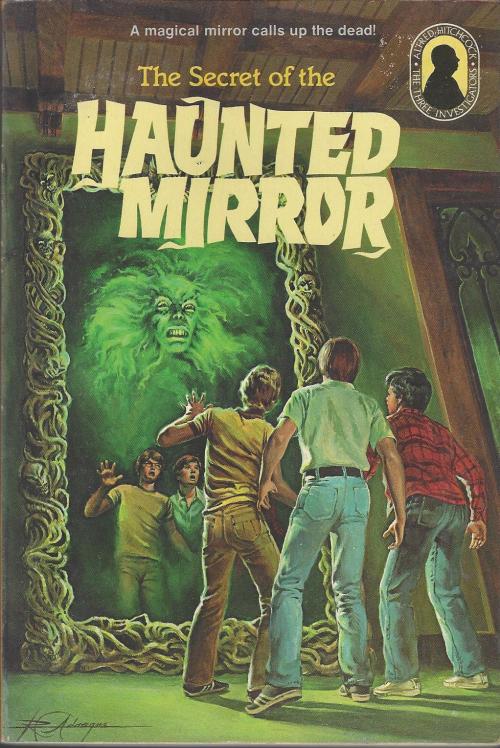 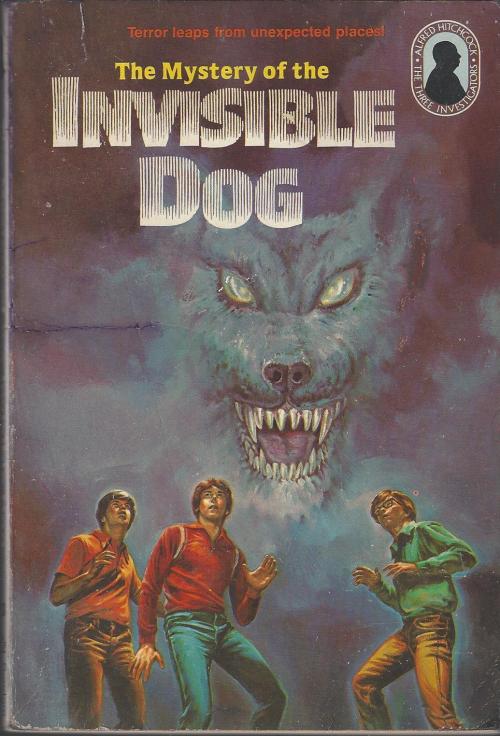 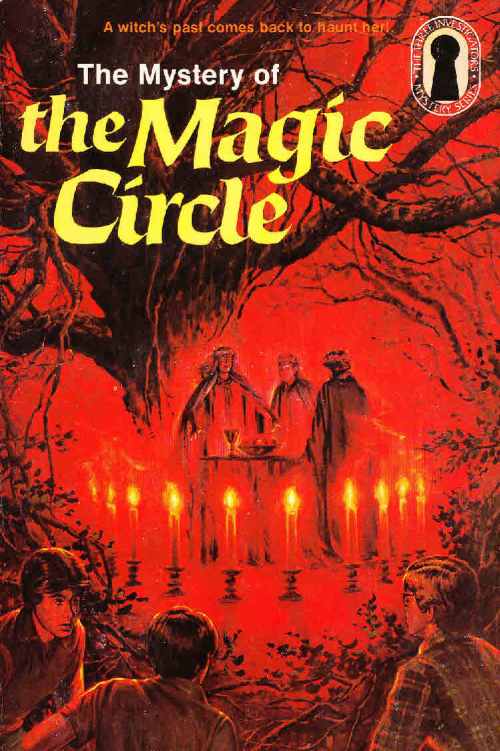 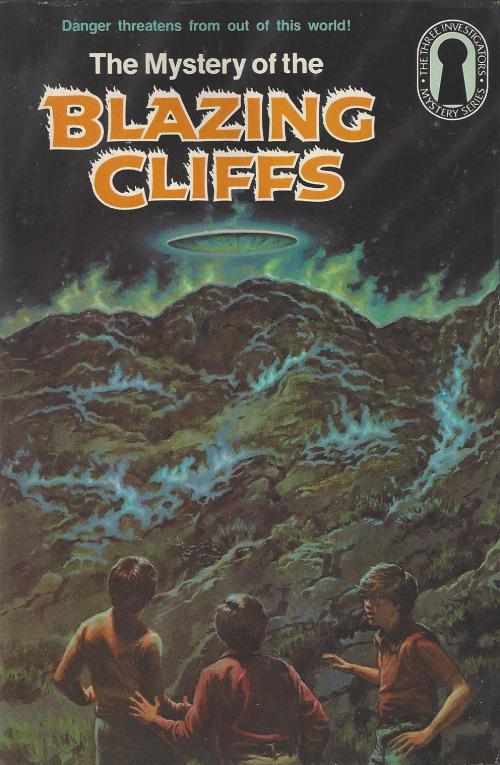 Yes, many of you will remember these wonderful books. If you held onto them, good for you. They’re costly today. It’s one of many series we plan to review at We Are the Mutants (launch still scheduled for late August or early September).

The Three Investigators debuted in 1964 and went through several editions. Pictured here are a few of the “Hitchcock” and “Keyhole” editions (the ones I read), published between 1979 and 1987, with cover art by Robert Adragna. Read more about Adragna, and see more of his fantastic covers, here. 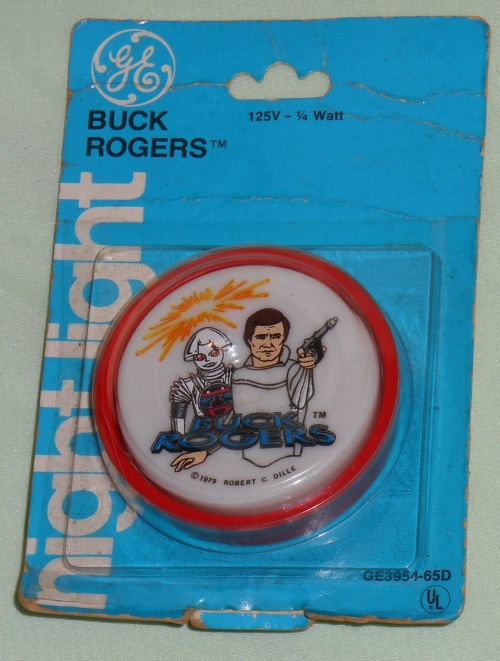 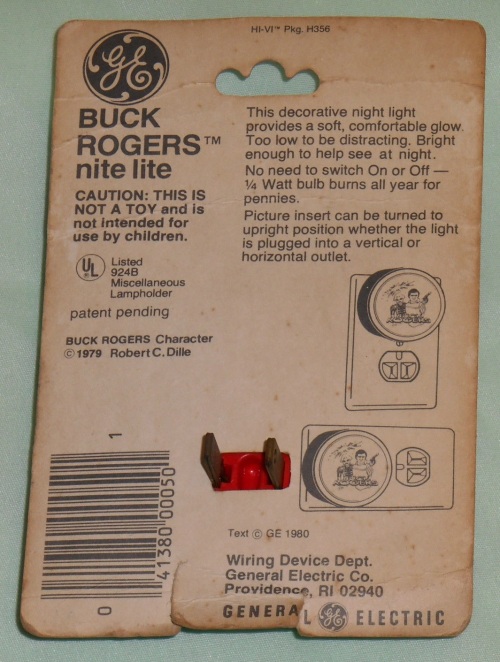 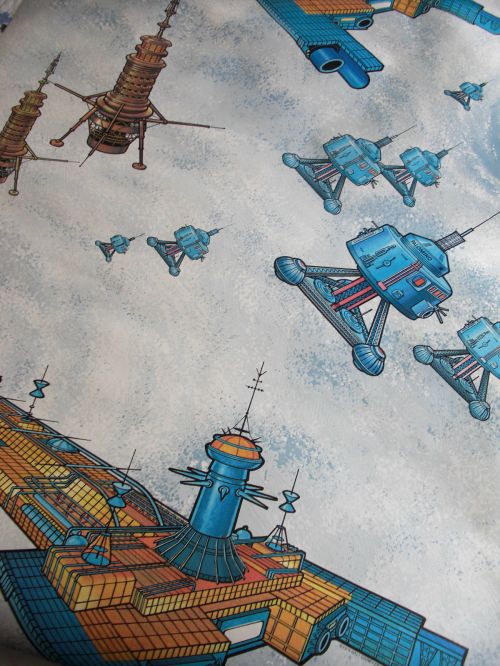 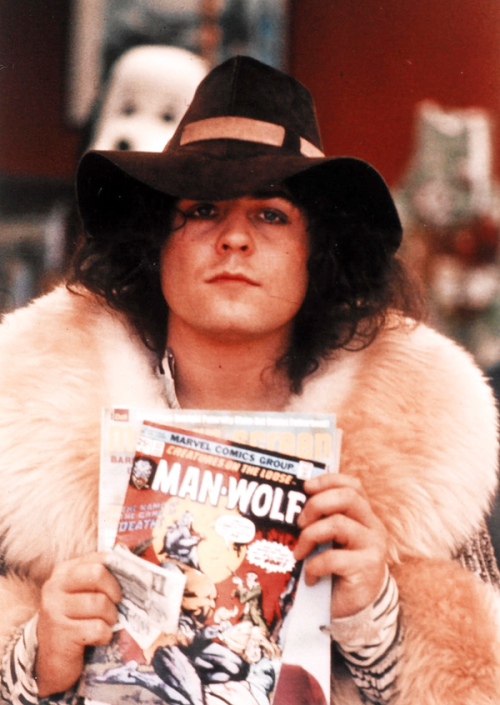 The magazine behind Creatures on the Loose #33, identified by Richard McKenna, is Modern Screen (November 1974). Bolan was a huge Marvel fan who interviewed Stan Lee on the BBC’s Today show in 1975, where Lee revealed that Angie Bowie was interested in doing a Black Widow TV series—which would have been so much more entertaining than whatever morbidly expensive glob of superhero goo that came out last week (or the week before, or the week before, or the week before…). Bolan himself was interviewed about comics in 1975 by soon-to-be Pet Shop Boy Neil Tennant (credit to McKenna once again). You can read the transcript here, and there’s a picture of the article below. 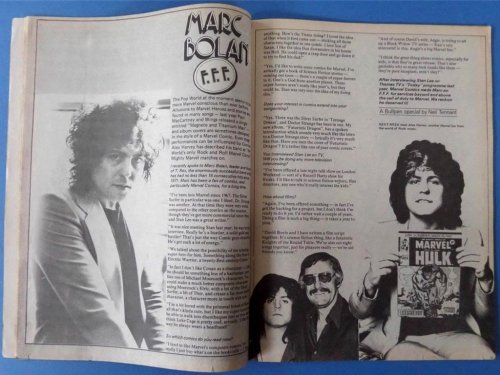 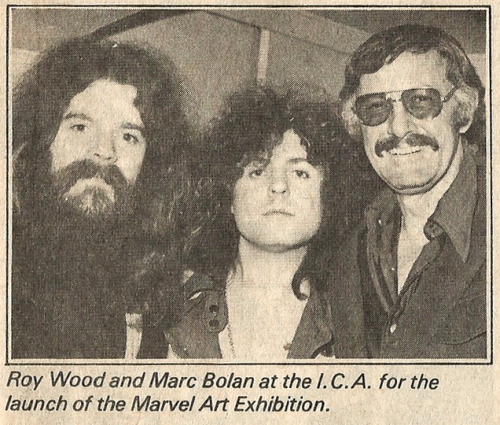 (Photos via @jackellyreed and everything second-hand) 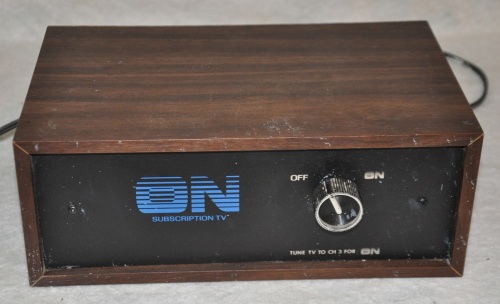 One switch. Two choices. As I said way back here, where you can see the box in the wild, ON TV (1977-1983) was a subscription service that would unscramble UHF channels in participating markets. Los Angeles was one of those markets, and it was the first pay-for-TV service my parents got, probably around 1982. That same year, ON TV secured the rights to Star Wars and aired the film on a pay-per-view basis in September. My parents and a number of other neighborhood parents chipped in, and a whole mess of ecstatic kids joined me in our tiny living room for the occasion. Our TV was 19″ at most.

Here’s the intro to ON TV’s “opening night” in 1980, featuring 10, Norma Rae, and Slap Shot. Not exactly a kid’s dream line-up. I dig how the logo mimics the straightening out of the scrambled UHF signal. 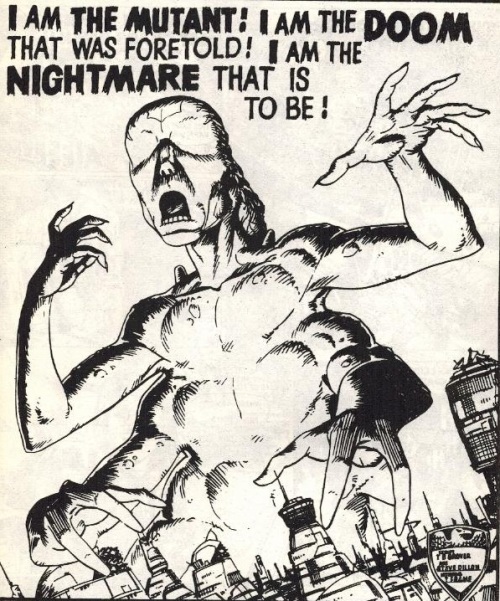 I started 2 Warps to Neptune at the beginning of 2012. I was about to turn 40, my first daughter was about to be born, and I was feeling old and out of touch with the 21st century. In short, I was getting nostalgic. I wanted to carve out a space where I could look back on my youth and relate my growing fondness for the uniquely lavish, uniquely tangible “kid culture” of the 1970s and early 1980s. Although I’ll never get tired of the emotional comfort an old toy or an old iron-on can evoke, I soon became more critical of the backwards glance. I realized that I didn’t want to relive the past; I wanted to study it. I became much more interested in the foundations, innovations, and recurring themes of the era, especially as they related to the generation growing up under the spell of Dungeons & Dragons, Atari, and Star Wars.

Now I want to go further. I want to seriously and objectively explore the popular culture of the entire Cold War era, especially the more underappreciated and esoteric artifacts, artists, and attitudes: everything from EC horror comics and first wave ufology to post-apocalyptic cinema and space disco. I can’t do that alone, and I don’t want to. So, with the help of a number of excellent writers (and more to come, I hope), I’m starting an online magazine called We Are the Mutants. (The title of the magazine is taken from graffiti seen at the University of California at Berkeley in the late 1960s: “The bomb has already dropped, and we are the mutants.”) The magazine will focus on the period from the late 1960s to the early 1980s, but anything from the end of World War II to the fall of the Berlin Wall is fair game.

2 Warps to Neptune has been a labor of love, and occasional frustration (for reasons still unclear to me, people will take your words, images, and ideas and pass them off as their own, or simply not give credit where credit is due; such is the internet) for almost five years. That’s not long in blogging years, I know, but it’s a long time for me. I’ve done my best to offer something original, and I sure as hell refused to serve swill (clickbait lists, “retro” idolatry and “good old days” propaganda, man-child birthday cakes in the shape of Atari 2600s, etc.). I always understood that 2W2N would appeal to a relatively small group, and I’m proud of that. I’m also happy that so many of you got something out of the blog, and I’ve appreciated every single positive comment and email. A geek or a nerd, to me, is not someone who dresses up like a superhero, rolls d20s, owns a complete set of Kenner’s Star Wars figures from 1978, or is a “fan” of one or more fictional franchises; a geek or a nerd is simply an intellectual who explores serious ideas and speculative notions within the context of fantasy. That’s the definition I’m bringing to We Are the Mutants, anyway.

Launch is currently scheduled for August 29, 2016. Follow We Are the Mutants on Facebook and Twitter for updates. I’ll be posting at 2 Warps to Neptune for a few more weeks at a reduced rate, although I’m taking this week off. If you’re interested in contributing to We Are the Mutants, please email Kelly at watm@wearethemutants.com.

Hope to see you on the other side. 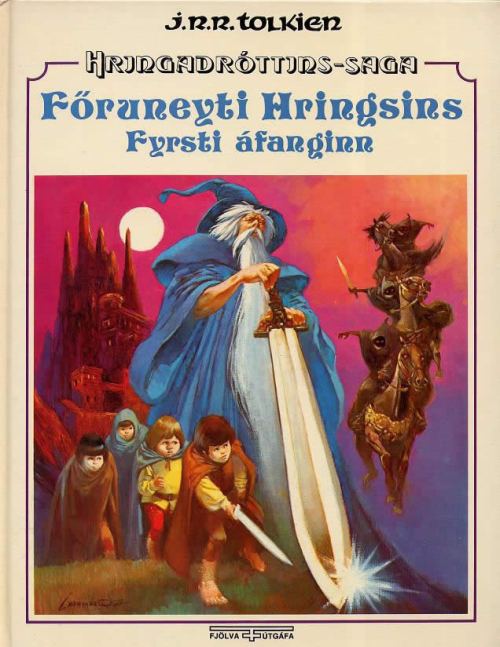 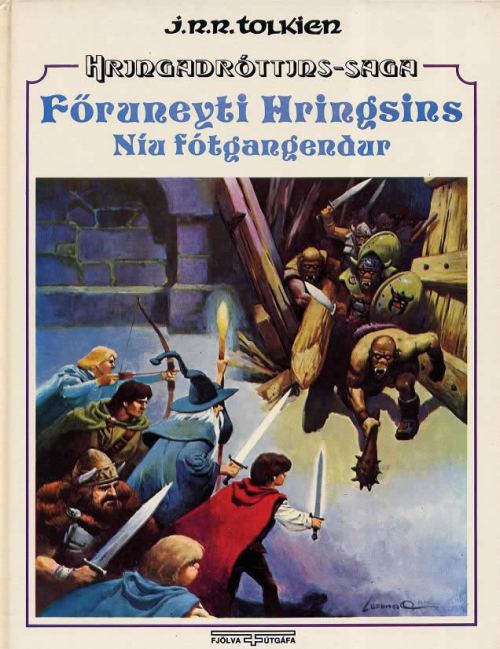 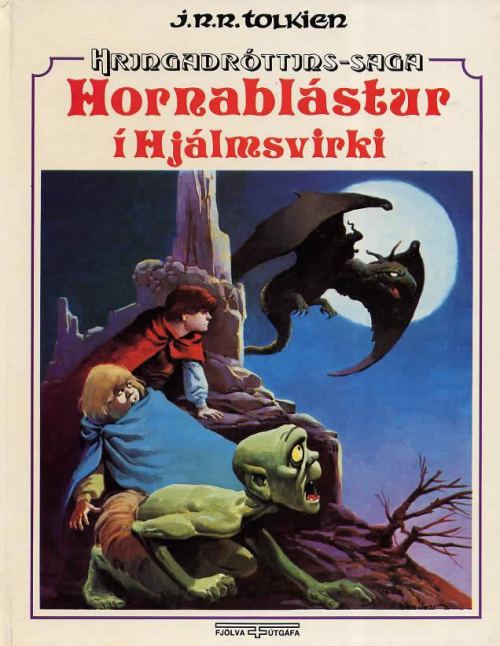 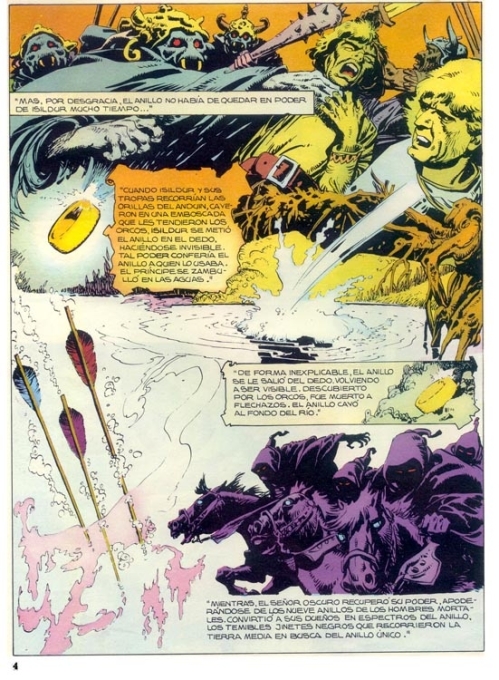 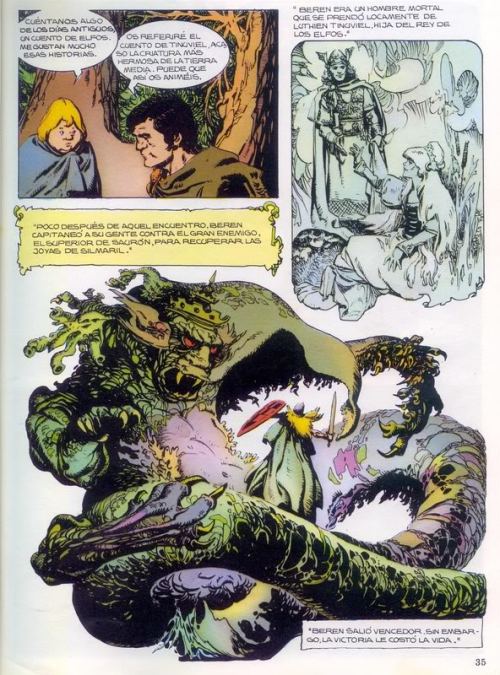 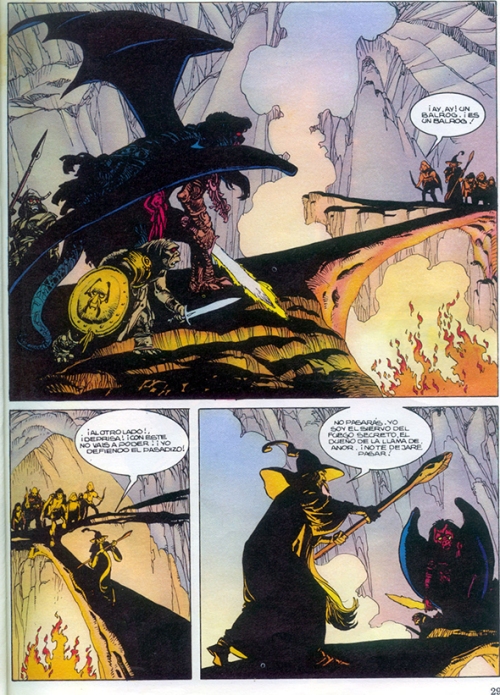 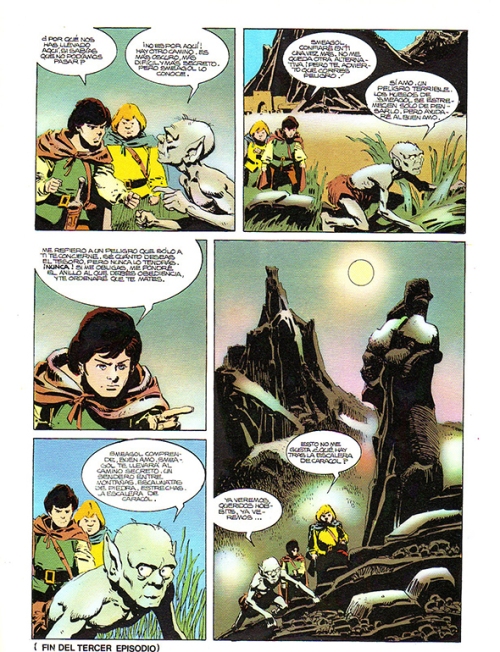 There was no American or English comic book adaptation of The Lord of the Rings following Ralph Bakshi’s animated movie of 1978—the closest we got was the Warren Special Edition magazine—but there was a beautiful three volume adaptation that appeared throughout Europe, licensed by Tolkien Enterprises in California. The lack of an English adaptation is attributed to “copyright issues,” which probably means that it was prohibitively expensive.

The artist is Luis Bermejo Rojo, a Spanish illustrator best known to American audiences for his work on Warren’s Creepy from 1974 to 1983. The covers above, all by Bermejo, are the Icelandic editions, and the pages are from the Spanish editions. The series was released between 1979 and 1981. Bermejo passed away in 2015. 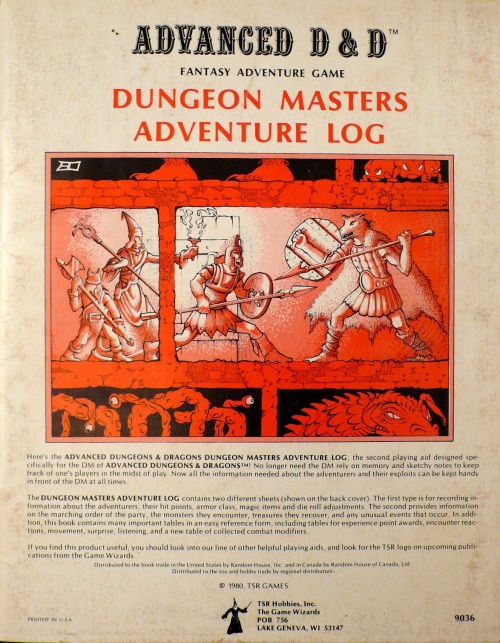 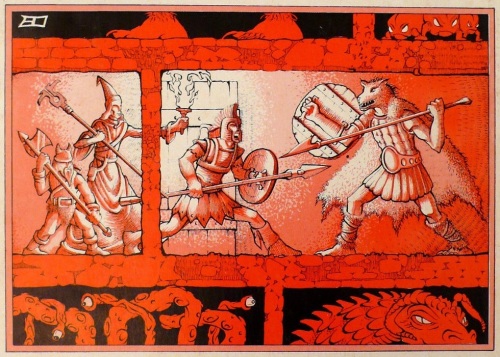 The product is absolute nonsense, a flagrant money-grab; the illustration, however, is a definitive representation of the dungeon crawl. The main figures prepare to battle in three dimensions, while the bordering monsters, pitched in darkness, await the survivors in two (torches first, heroes; you can’t fight if you can’t see). Otus distills, in a single monochrome image, the suspense, danger, and otherworldliness of the fantasy RPG. See more early illustrations of role-playing here.

The Adventure Log is billed as the second “playing aid” produced by TSR for AD&D. The first was the AD&D Rogues Gallery (below), also from 1980, also illustrated by Otus. 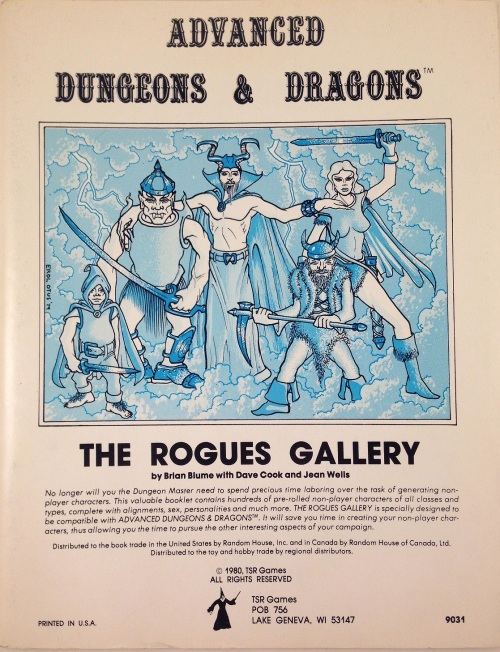 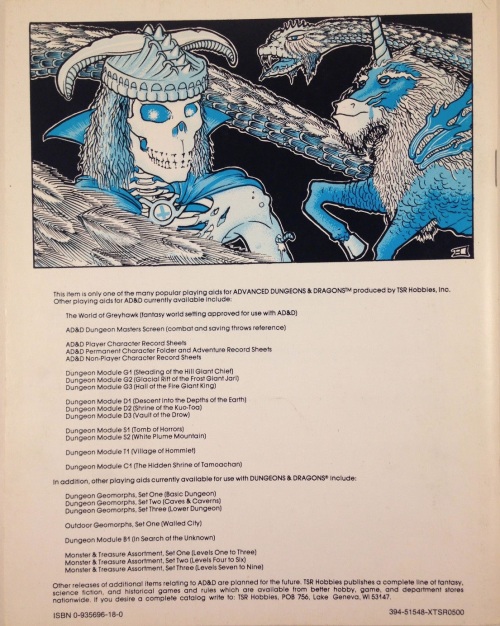